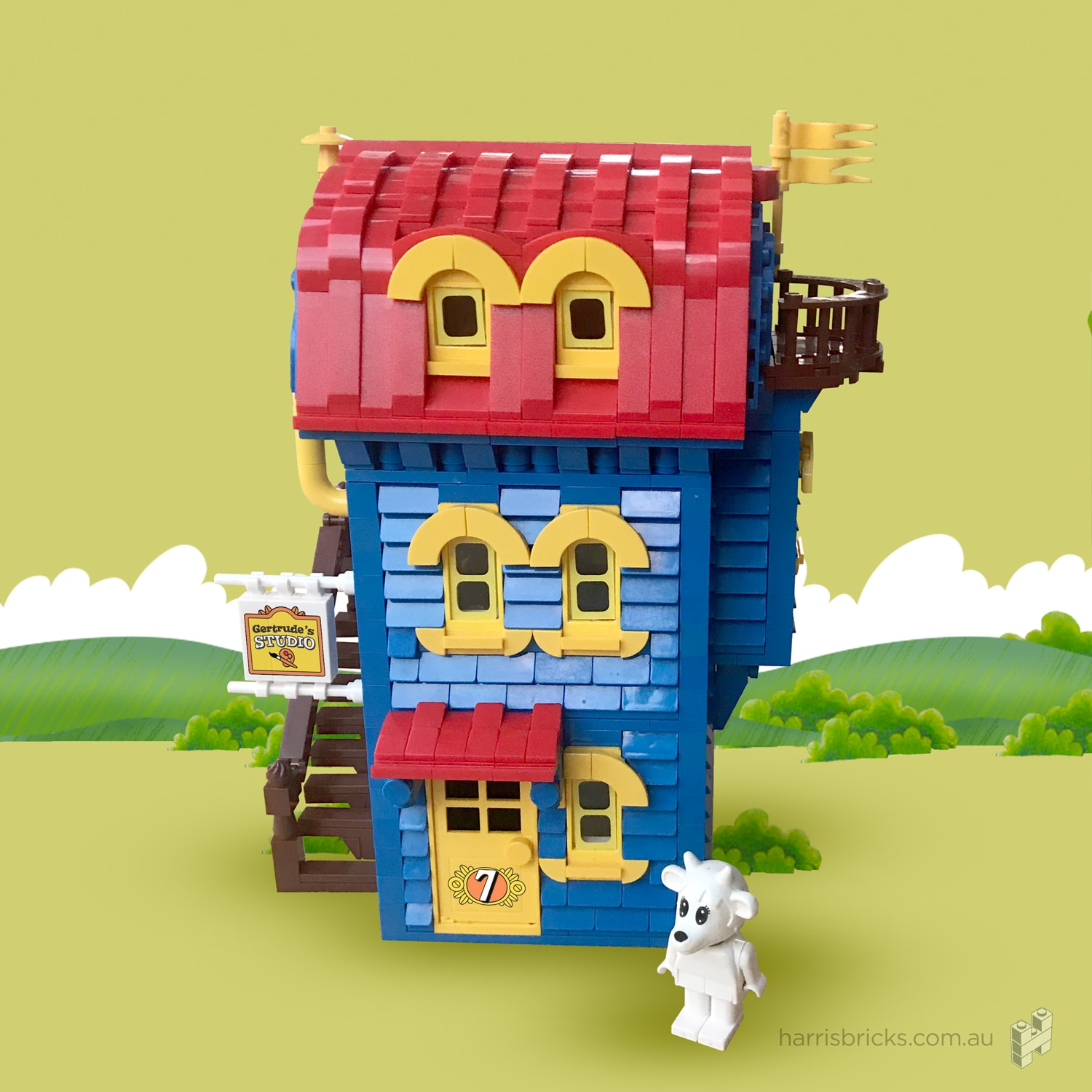 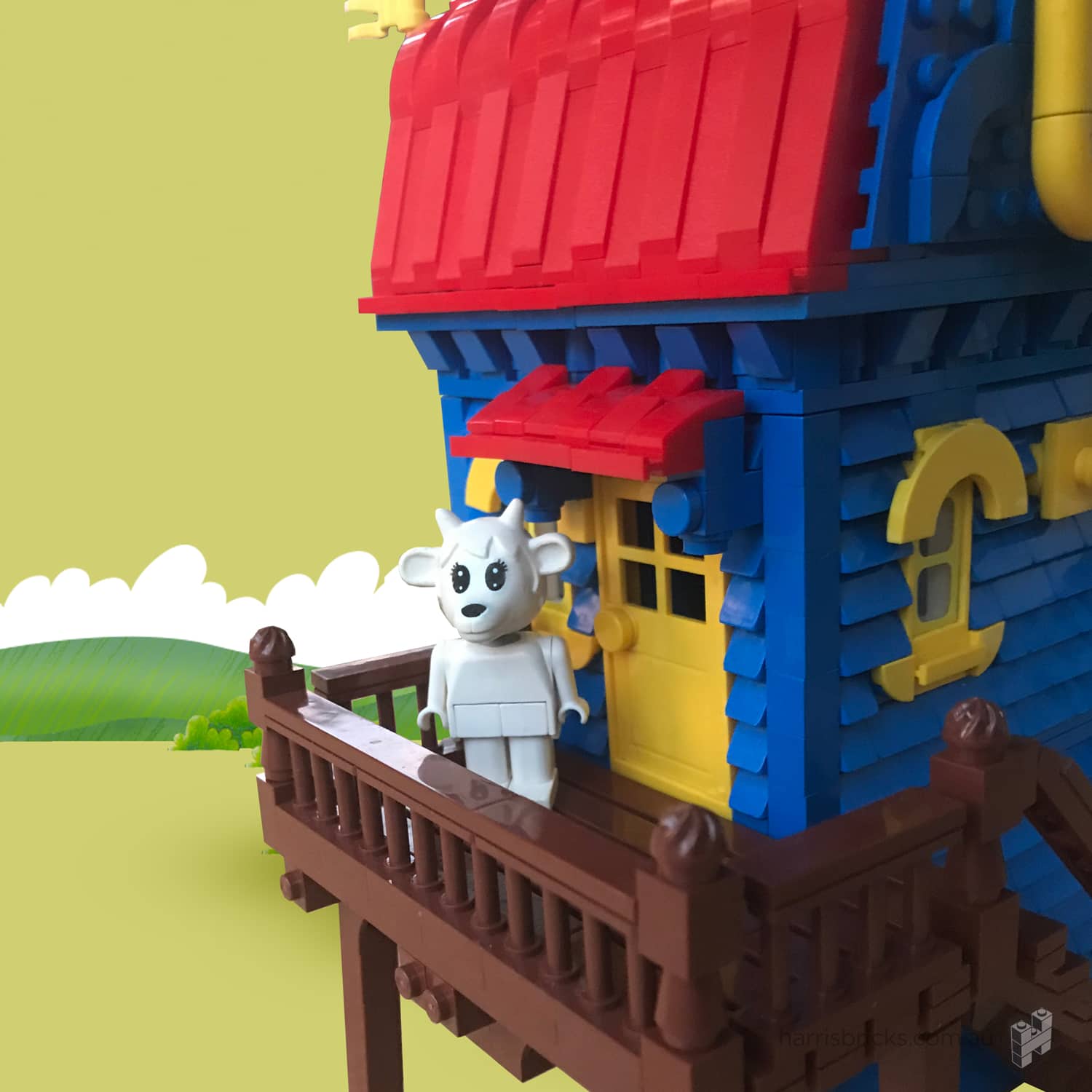 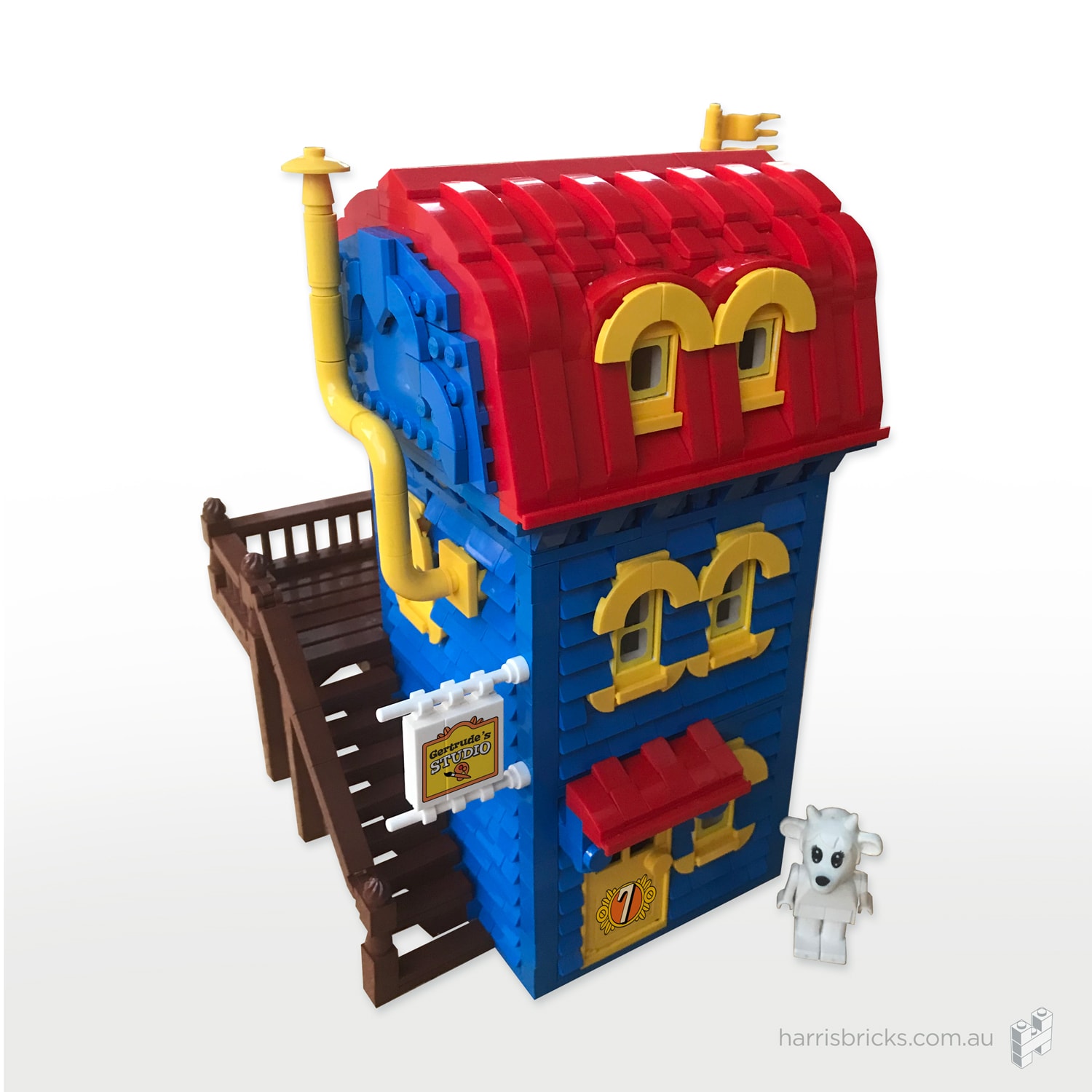 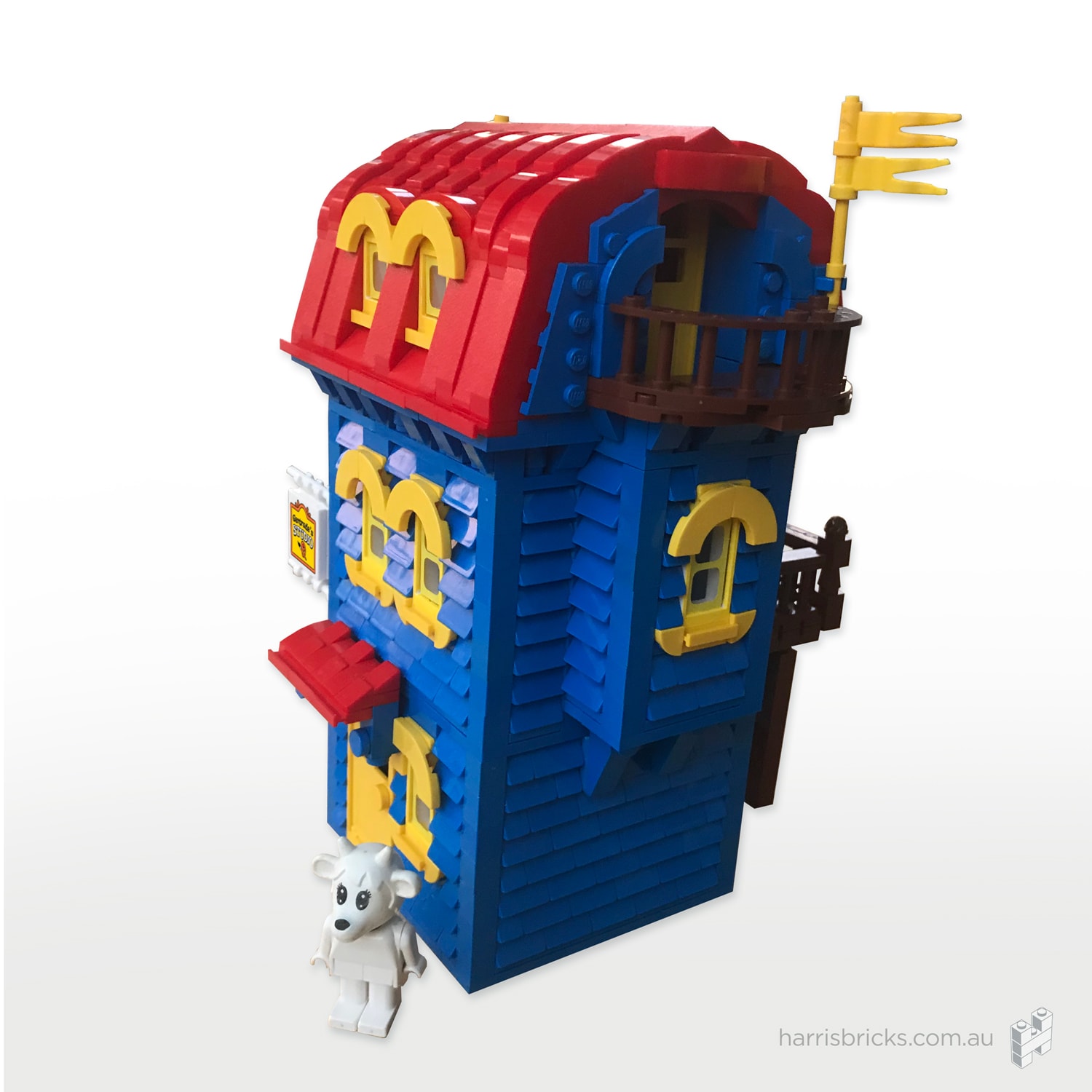 This MOC is a three storey house for Gertrude Goat.

My current project is a large display that I will be exhibiting at Brickvention 2020 exploring something I am calling ‘Neo Fabuland’, the idea of employing Fabuland as a visual style, in much the same way that Neo-Classic Space looks to Classic Space as a set of design conventions. You can find out more about my goals for Neo Fabuland here if you are interested.

I have several builds for this display in progress and this is the fourth one that I am revealing.

In original Fabuland set 3637 Gertrude Goat the Painter we see Gertrude and her truck, presumably undertaking her day job, that of a painter. In my Neo-Fabuland reimagining I decided that whilst Gertrude may ply her trade as a painter she is infact an artist. Her home has three storeys, the bottom floor is the office for her painting business, the second floor is her living space and the top floor is her art studio with balcony.

Let me know what you think!