This month’s competition in my local LUG, Bendigo LEGO® User Group (also known as BALD) was to build something with a ‘space’ theme.

When the theme was first announced I was excited because “who doesn’t like building spaceships?” but as the month wore on I realised that I didn’t really have the time to build something as all my build time was tied up in my Neo Fabuland builds. I had decided that as good as the theme was I would sit this one out.

Anyway, fast-forward to Saturday, the day before our LUG meeting, and my wife was away at a pop culture convention and my son was at his friend’s place so I had few hours to fill, I decided I would have a go at a one day build of a spaceship for the build competition. 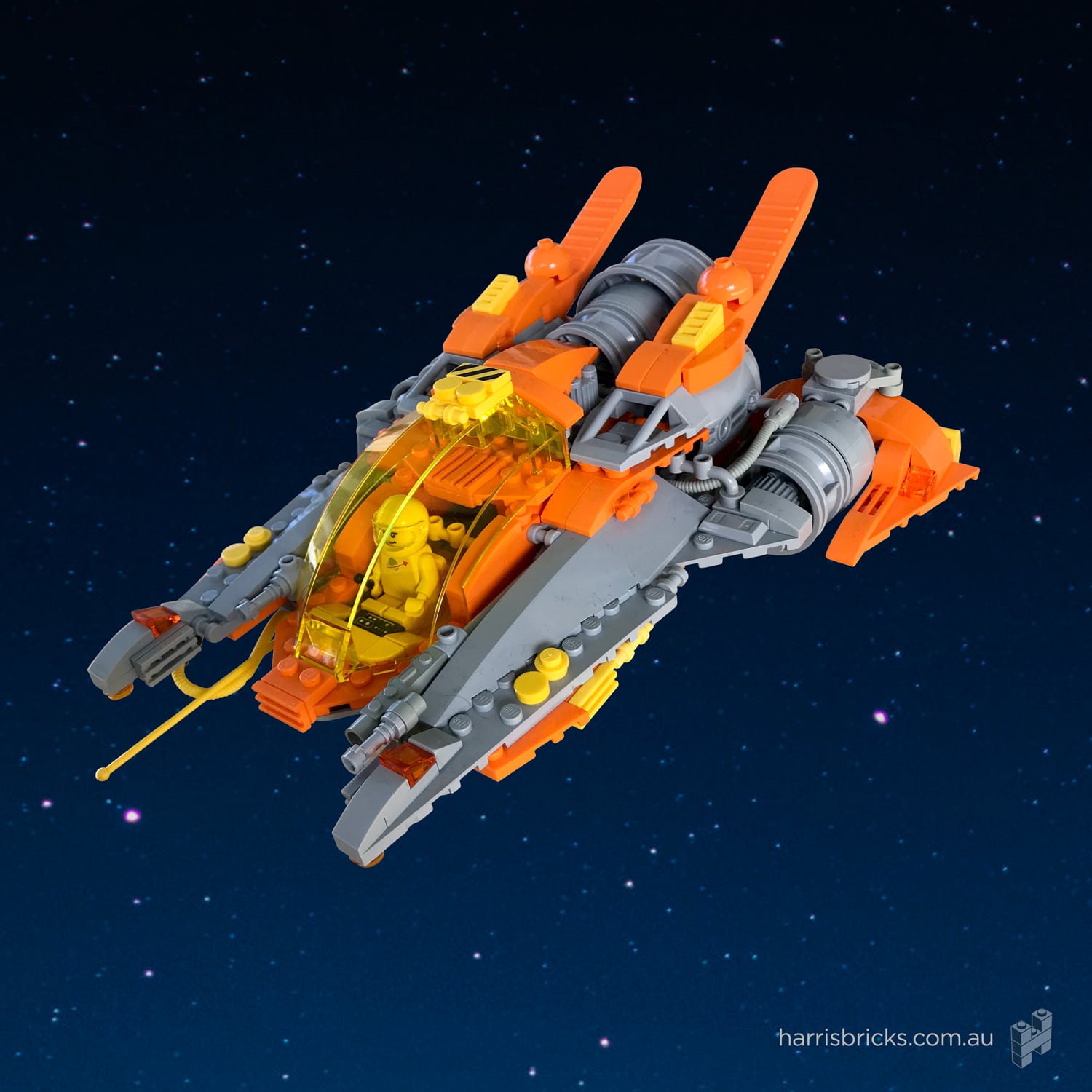 I am pretty happy with the outcome, it takes inspiration from the ships I built for my Neo-Classic Space MOC, A-83 Exploration Base but it is not REALLY Neo-Classic Space, largely because of it’s colour scheme. I did set out to create a Neo-Classic Space ship however I was limited by the blue pieces I had to hand and so chose to pick another colour all together – one which I rarely used – meaning that there was a wider range of spaceship suitable pieces to hand.

Anyway, I am pretty happy with how it turned out so I thought I might share it here as an example of something built using only pieces I had in my collection and in a short time frame.

I have named it the LL-96874 “Separator” after a couple of distinctive pieces that I am sure you recognise. You can see more images of it here if you like.